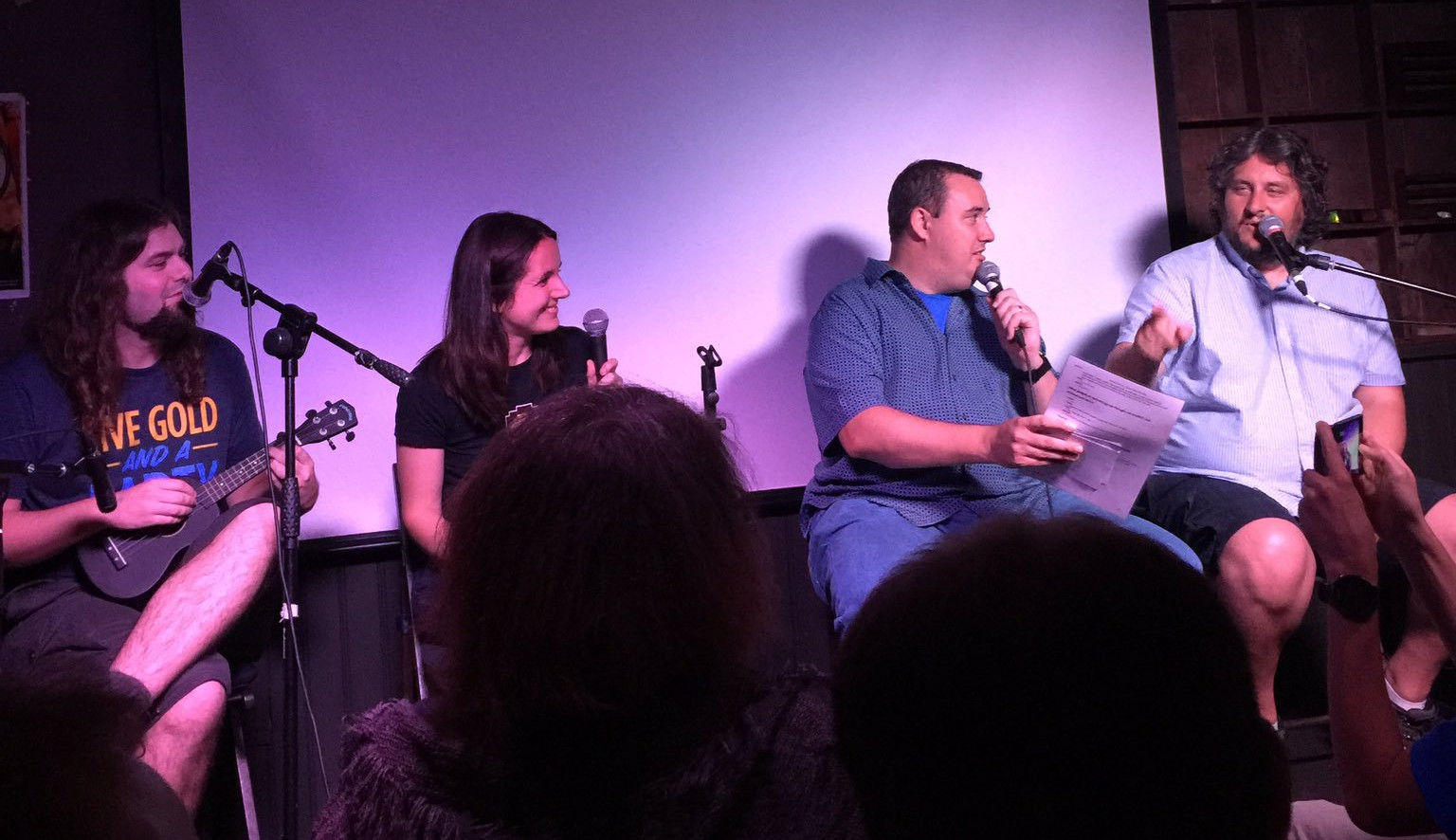 Alan works at Influx Data as an Engineering Manager for Telegraf. Alan has been using Ubuntu since 4.10 – the Warty Warthog and never looked back. Alan spent 9 years at Canonical as a Community Manager / Engineering Manager / Developer Advocate. Prior to that Alan spent 13 years working as a system admin on some evil German proprietary software, but did what he could for Ubuntu and Linux in his spare time. He first encountered Linux in the mid-1990s, and ran Red Hat then Debian on the desktop and server until Ubuntu Warty came out. Alan became an Ubuntu member in 2006 and has in the past been the contact person for the UK LoCo team, a member of the LoCo Council and a member of the EMEA Membership board and the Community Council. He used to quite dislikes forums, then discourse came along and changed his mind. Alan likes cats. Alan is @popey on twitter.

Mark can at least code, and develops mainly on the Moodle Virtual Learning Environment. He’s used Ubuntu since Warty Warthog. He plays a lot of games (all on Ubuntu), and is the obligatory long-haired bearded geek of the Ubuntu Podcast. Mark is @marxjohnson on twitter.

Martin has been a Linux user since 1995 and first used Ubuntu when it was a Warty Warthog and became an Ubuntu member in 2016. In recent years Martin has worked with large scale Linux infrastructure and the transmission and analytics of “black box” flight data. By day Martin works for Canonical as Director of Engineering for Ubuntu Desktop, Snapcraft and Developer Advocacy. By night he makes Ubuntu MATE for his family and friends, is a maker, retro gamer and watches a lot of films. Martin is @m_wimpress on twitter.

Samantha is a silent member of the Ubuntu Podcast team. She was born precisely at Unix Epoch, has been banned from the Chelsea Flower Show and claims to have invented both time travel and Branston Pickle. Samantha plays the Ubuntu Podcast stings every Tuesday night and publishes the podcast every Thursday afternoon. What Samantha does the rest of the time is a mystery but she can often be heard explaining, to anyone who will listen, that Doctor Who and Doc Brown are “rank amateurs”. Samantha is @samantha_silent on twitter.

Laura Cowen is a Developer Advocate at IBM and Psychology PhD student. She became a presenter because Studio A was installed in her living-room and she kept offering opinions on what the other presenters said during recordings. Laura’s used Linux as her desktop at home since 2002 and at work since 2006. She’s been using Ubuntu since Warty Warthog. Laura is @lauracowen on twitter. Laura was a presenter during seasons 3-9, but still provides the voice talent (and hot British accent) for the show stings.

Tony Whitmore is a photographer and project manager by day and media geek by night. He has been using Linux since RedHat 7.2 and Ubuntu since Breezy Badger. He is not a developer, although occasionally tries despite the laughs from real developers. He twiddles the knobs on the Ubuntu Podcast and tries to make sure everyone is speaking somewhere near their microphone, which is not as easy as it sounds! Tony is @tonywhitmore on twitter. Tony was a presenter during seasons 1-7.

Ciemon Dunville is an aviator, currently working in simulation, by night a dabbler in gadgets. A radio ham (G0TRT) and keen biker, he’s been using Linux since Redhat 7, and switched to Ubuntu when the noise from HantsLUG suggested there might be something in it. With no deep Linux knowledge he is the level-headed voice of calm who makes sure we don’t forget the users. Ciemon was a presenter during seasons 1-3.

Dave Walker is a system administrator and VoIP expert, as well as programming C++ and Java. He began experimenting with Slackware in 1999 but moved to Ubuntu when Warty was released. He is part of the team which produces the Mythbuntu distribution and hopes to become a MOTU one day. Dave is @daviey on twitter. Dave was a presenter during seasons 1-3.

When the team have been short numbered, probably because somone dared take a holiday, the following people have made appearances as guest presenters.